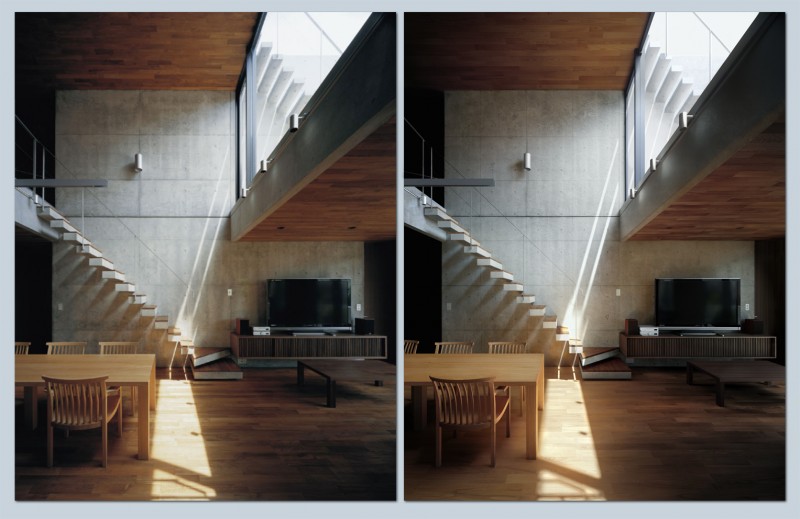 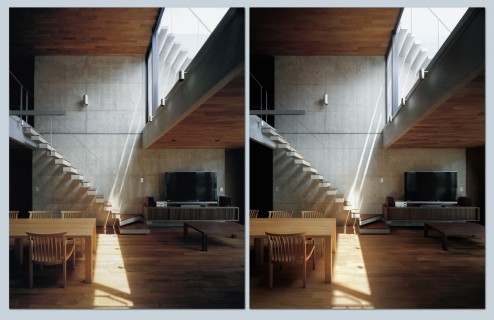 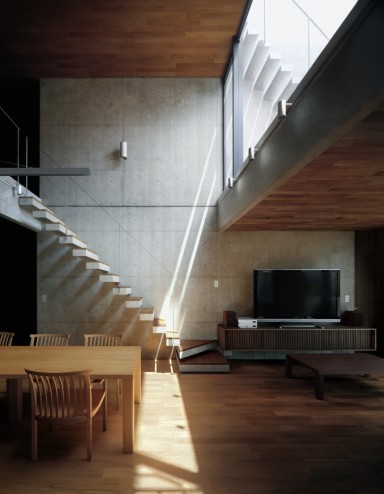 The first image is a comparison between the photo and my render. It’s not hard to figure out which is which side by side, but independently, it holds up nicely. The second image is a high–res image of my render. I’ve always wanted to do a Render Vs. Photo of an architectural piece, and after many months of working on it in my spare time, I have finally called it finish and time to move on. I wanted to work on this project mainly to familiarize myself with iRay and see how it did at interiors, since it is advertized as an architectural renderer. This project, admittedly, is a beast for any renderer because it is lit mainly by indirect light. This is hard for any renderer to resolve. After 24 hours of waiting for the render on a gtx 580, I needed to kill it and clean up a lot of fireflies. Make sure to click on the image to see it in all of it’s hires glory 🙂 Enjoy!

You can find the full series of the Foo House on their website located here:
http://www.kurosakisatoshi.com/english/architecture/2007/foo/index.html

Winner of the 3DTotal Excellence Award 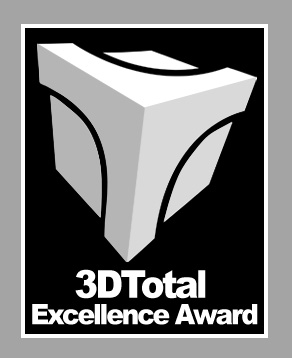